Initial reaction: Why? WHY? 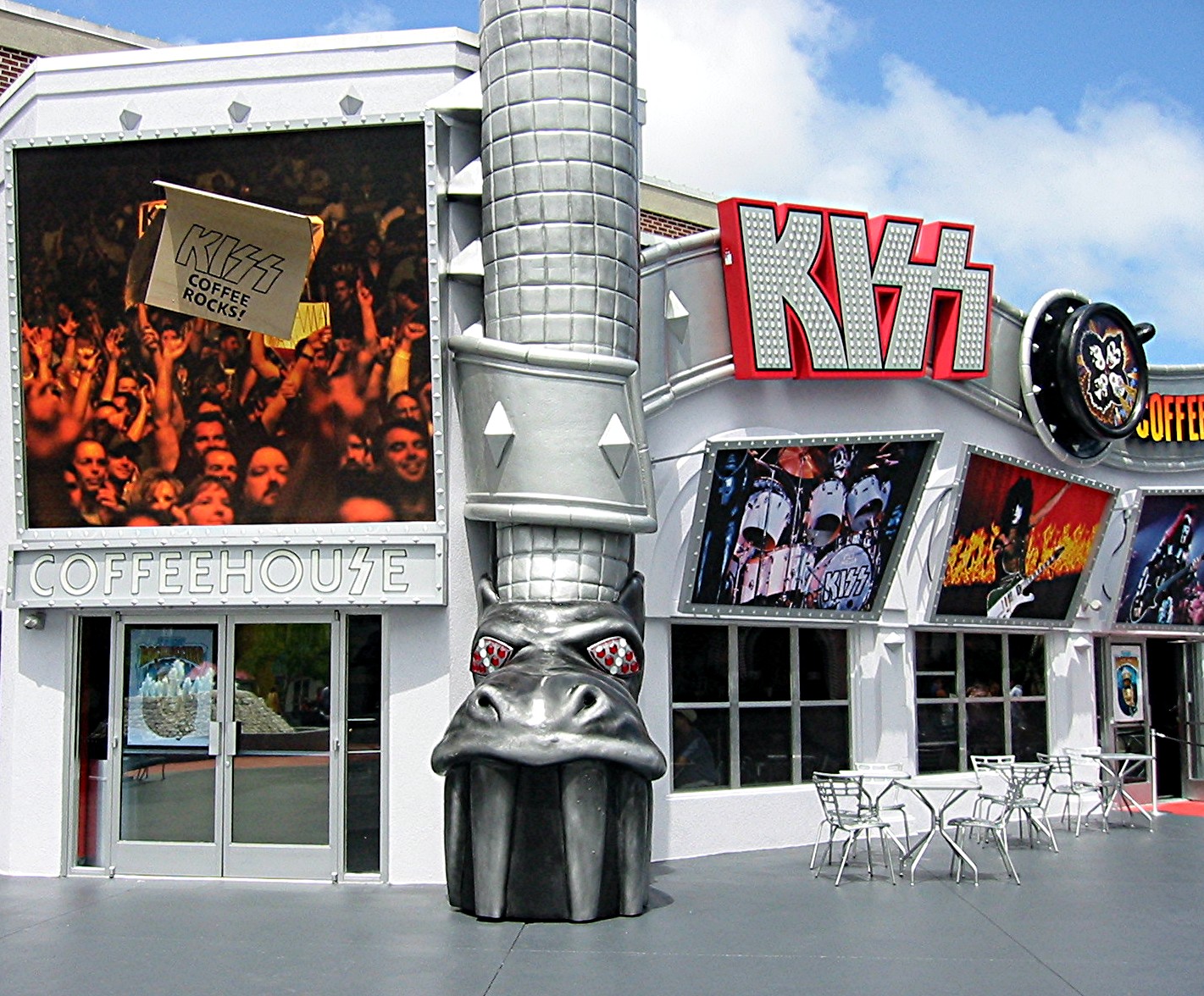 The jokes write themselves:
“I! want to Rock and Roll all night,
and drink coffee evv-eer-eee day”
Myrtle Beach has a theme park called Broadway at the Beach, where the only ride is the one the consumers are being taken on. Willingly, knowingly, taken for a ride.
“Thank you sir, may I have another?” is the response to “Buy this”.
The park is all shops, but they all have a theme so it’s
“like a fun new way to shop” [insert exclamation marks here]
Ordering a coffee is simple using the KISS version of Starbuck-speak:
Would you like a Beth-Blend, French KISS Vanilla, Rocket Ride Espresso in a
single, deuce, or destroyer sized cup?
Non-threatening for the presso-kave’ newbie, no poetry reading or berets, as long as you can swagger and claim to have Rocked at some point in your life, you can fit in here.
Flashing a media credential at their opening day press conference, we got a 2006 look at the 1970s marketing marvels.

By inventing their own KISS Army, this band gained fans by declaring that they had fans already. Each band member assumed their own identity (a la The Beatles “Fab Four”, then The Monkees “Pre-Fab Four”), communicated by their costume and masking makeup. Black and gray and with enough implied menace to make a skinny teen feel tough by association, KISS became an amped escape from disco in the late 70s. 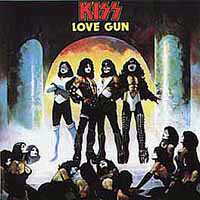 By marketing KISS Army gear, dolls, lunch boxes, and highly stylized faux concert footage, the band became big because they said they were big.
[note to self, adding “big” in front of a domain name is a solid idea. This isn’t “littlebonton.org”! ] 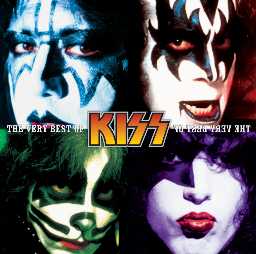 That’s Gene (menacing) on top right, with Paul (the pretty one) in the lower right quadrant.
Paul Stanley and Gene Simmons are the only two band members still surfing the original wave. Paul, the lead singer and guitarist, is currently the nip and tuck leader with that constant amazed expression around the eyes.
But Gene, bass player and blood drooling scary character, is out front in his own category – man with most non-human looking head of hair. Imagine a Raggedy Andy hair-do dyed jet black and pulled back in a bun. That hair has to be real because he can afford a better stylist.
In 2006, remaining fans use the net to stay involved. One family had driven 5
days from Oregon (the other side of North America) and planned their family
vacation around this themed coffee shop in Myrtle Beach.

After 3 days within 3 miles of the beach, they had not yet seen the Atlantic. More coffee, child?
One Polish guy flew in from Warsaw just for this moment!
They let him introduce the stars and he made a comment that included the words “so big”, “just like meeting” and “Jesus Christ”, hoping to be quoted. Nope, no quote for you, I don’t like what you said. Take it back to Warsaw, comrade.
Favorite moment?
Viewing the hip-high platform boot display. Enshrined in a glass alcove in the wall, the soles are about 6 inches, the heels are about 10 inches with a dragon motif to insure that it’s all masculine enough and not glam. See the top lead-in photo, the 15 foot tall boots are corner stones to the entrance; they’re the Gene Simmons model.
Quotes:
Paul: “We’ll get into your house anyway we can!”, praising his own marketing prowess while still remaining edgy.
Gene: When fans shouted for him to dangle his long tongue as his character did in every performance, Gene Simmons said “I would but I noticed the floor’s kinda dirty”, an obviously canned response meaning that his tongue is so long that … [you get it]. . .
but it sure sounded like he said that his brand new coffee shop was filthy. It was the tired tone of a man trying to escape from his rock and roll legacy.
All 20 of us in the room promptly looked at the floor, some to inspect the tile, and some out of embarrassment about the derogatory slip of the tongue. 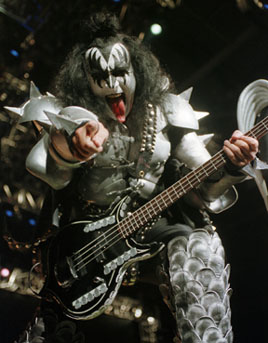