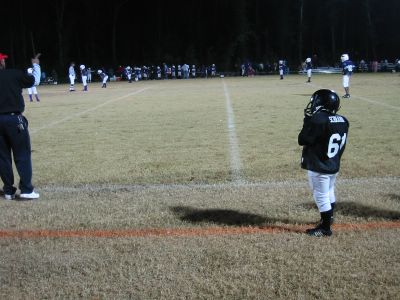 It begins this weekend, the 3 weekend span of the most intense pigskin match-ups.
I like what the Wall Street Journal said today:
“The winners are usually seen carrying off some explicable trophy like a skillet, an axe, or a wagon wheel”.

USC Trojans vs. UCLA Bruins (whatsa Bruin?). This years game could be a classic, they’re both good again.

Texas Longhorns vs. Texas A&M Aggies (one sided to U of Texas, but emotional still).

The “Big Game” between Stanford and Cal – although many dislike their claim to the nickname “Big Game”, they have a right to it: a few years ago the daughter of a sitting President of the USA chose to attend Stanford. I doubt she even considered my alma mater. Throw in UC Berkeley and that’s big, son. Add “The Play” to the claim and who can argue except the jealous? Or those that actually follow football – no upsets, low ticket demand, but games are close and it means something to ’em. As if they don’t have enough else to brag about…

Florida Gators vs. Florida State Seminoles. Imagine a Seminole warrior on horseback spiking a flaming spear at midfield then screaming at the sky. Do you know of any more impressive way to get up for a game? I got goosebumps thinking about it

Georgia Bulldogs vs. Rambling Wrecks from Georgia Tech.
[side note: Go ACC basketball! The best round ball in the world!]

Alabama Crimson Tide vs. Auburn War Eagles: a sacred experience, most costly ticket. Lives revolve around the schedule – funerals are postponed (put Grandma on ice, we’ve got a game to win!)

BYU vs. Utah – the Holy War, a big game to someone, bless their hearts.

Army – Navy. Most sober student section, best organized, least colorful, older fans like it but is it college?

Virginia vs. Virginia Tech – the stadium with the highest GPA on the field, I’ll bet.

and so on; all in all a good way to spend a Saturday.
especially when it’s:
University of South Carolina Fighting Gamecocks
vs. Clemson University
Everybody likes to beat Clemson, their athletics are consistently tops across the board. Womens Volleyball, B-ball, you name the sport, they’ve probably had at least one national championship.
But teach your kids the ABCs, Anywhere But Clemson.