Our Senior Wedding Correspondent reports from the chapel, square, and club:
Oh, the pageantry, the immensity of the spectacle.
Some hearts stood still, some hearts were a flutter, some were un-wowed – but all paused and pondered. 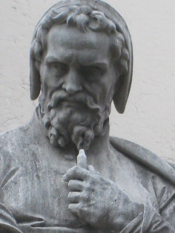 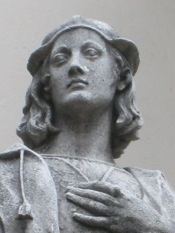 Overheard at the wedding:
Marriage is all about what a man puts into it and what a woman can get out of it. 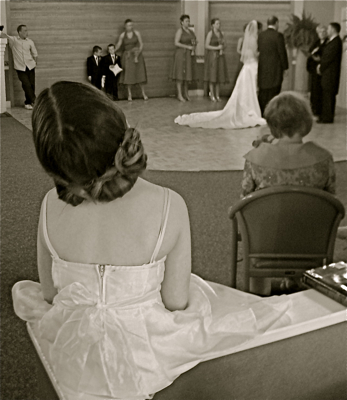 The Vows.
This little girl has heard too many adults saying too many things that are not true.
She made it through the vows and was a good girl, doing what others wanted her to do.
Her reward? Dunno, but she made the deal so it must have been something she wanted.
The bride wore a high belted beaded orgazma dress, designed by Oscar de la Renter, the White House said.
I’d love to get a closer look at that bauble that bobbed from the necklace the bride wore (pearl? ice?), but I’m only interested while it’s around her luscious neck.
The attendant wore a cocktail dress the color of wildflowers, if wildflowers were that color, designed by Lela Rose. The women wore dresses. The men wore suits and ties. 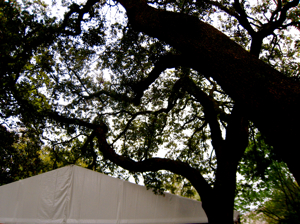 Photo by the hidden camera of a bigbonton operative.
It was just a small wedding, just family and a few friends.
Oh! “Just a small” play on words, because after the small wedding came the royal reception!
“You are Invited to See and Be Seen at an Honest-to-Goodness Event!”
With the soundtrack provided by “Ten Bloody Marys & Ten How’s Your Fathers,” everyone felt fitted-in, in the tent. Make that “tents”, plural. Small wedding, mega-reception. “Just a few” is a shrewd saying when the guest list includes astronauts, regional monarchs, the finest silvery haloed and the utmost solid titans, no patience for non-special hangers-on, et certainement pas de bateau rockers. The fix was on, air was kissed, eyes were caught, and everyone left feeling puffed up.

.
.
.
A pole star is a visible star that is approximately aligned with the Earth’s axis of rotation and so might be mistaken as the center of a facile pre-Copernicus universe. It may indicate a stable point of reference, useful in navigation, providing assurance of place until the next required fix.
And what a fix this pole star provided, when she used to rock and roll.
Here, Mrs. Star, the photo is months old, but these were for you: 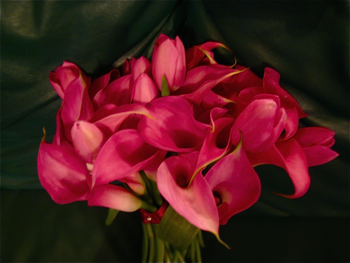