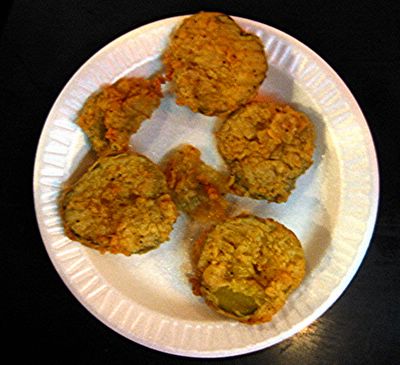 Stereotypes are based on something and I did have my first fried pickle slice in a small North Carolina town known for its close NASCAR affiliation, NASCAR being quite a Southern thing. Or thang, y’all. [side note: I learned the origin of the phrase “git ‘er done” while on this excursion]. This Carolina-ville features a lake and shiny-happy kids walking to school with a white picket fence. It’s the type of idealized small town America that real estate marketing departments try to recreate in their planned communities. Here there are no gates with security codes protecting the community, just neighbors that know more about you than you may wish, but they also know what’s going on and will not hesitate to eyeball activities from the front porch for the common good. All located on the opposite side of the state from Mount Olive, home of the giant pickle corporation that you might expect to promote anything as long as it sells pickles. Inside tip: check your Sprawl-Mart grocers shelves for Extreme Fried pickles – microwaveable and available in the bread & butter event or the gherkin experience.

While eating we did not see any NASCAR celebrities but since this fried pickle stand is covered with mucho stock car racing memorabilia (I’m trying to avoid typing NASCAR again) in the way that only stock car racing (avoiding saying NASCAR again) can cover every inch with a logo, we did not lack for any stock car racing sights. Our waitress said we just missed some [NASCAR] racing celebrity whose name was unknown to me anyway. I’ll bet she says that to all her tables. Our waitress sure was pretty & healthy in that small town way. She was quick without seeming rushed or harried. She worked hard with a calmness, was not over caffeinated to get though her shift. She let us know that her son has outgrown Little League so he now plays softball. Doing some mental math, we surmised that they breed young around here. Looking at her, I understand why (& how).

The fried pickle appetizers are served by a “Sonny” whose father (“Daddy”?) owns the only seafood place in town. Sonny owns the only BBQ place in town. A mini food service dynasty since there no other dining choices within 25 miles that is not a chain, franchise, or StarBucko-McBell.

I like fried pickles. You would like them too. If you ever have the opportunity to order them remember to keep your mind as open as your mouth.
Tastes like salt & vinegar potato chips, without the crunch.

Full disclosure, not sure of the connection:
In a party of 3,
One-third of the diners barfed within 3 hours of eating fried pickles.
A second one-third tossed his cookies 2 days later. That second diner to erp-up has a stomach of legendary endurance, so the 2 day vomit delay may not negate a link to this novelty appetizer.
Come to think of it, the remaining one-third of the sample diners didn’t eat any fried pickles & she didn’t upchuck at all (at last survey).
Just the facts. Any causal relationship must be determined.

I’d eat fried pickles again. I draw the line at deep fried Twinkies since I am on a Twinkie-free diet. The origin of those Twinkies being deep fried is at a state fair in Ohio, which is not a Southern state (so there). Which also explains why I’ve never had deep fried Twinkies: I’ve just never had the opportunity . . .

A truck, an ax and thou 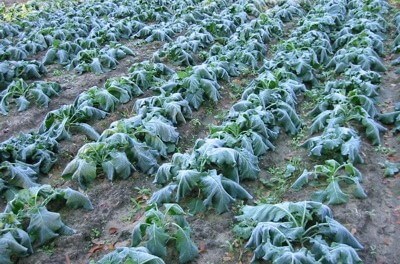