long days of June, get out

. . . something in this crisp perfection is oh-so less than satisfying.
While the above table setting doesn’t reek of effort, it just doesn’t satisfy like being outside in June, downwind of a hot grill, a bit of sweat on a shirt, some food gets dropped, someone tells one story over and over and over but we’re free to escape and eat while standing and mosey over to the distant side of the shrubs to stick a flower behind her luscious ear because she feels the same way and knew she’d be found by magical mutual interest.
Ah, the long days of the year. OUTSIDE. That’s what’s causing this indoor photo to lack that je ne sais quoi – maybe I should have waited to post this image in the winter when indoorsy-ness is more inviting and crispy tablecloths are more palatable.
But here you go and there we are – lounging over there behind the shrubs at dusk. Eating fruit, spitting seeds, inside our cocoon of ethereal light between sundown and dark. Do not disturb, we’re having a one-on-one communion with nature. If the bush is rustling we might be tussling.

Cooling his feet at the Devils Elbow 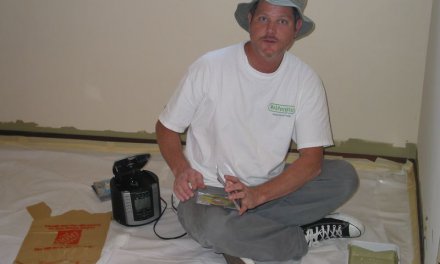