Tune in to one of the pure and original sounds from
“The Old, Weird America”, as it is called in the liner notes to
“The Anthology of American Folk Music” , Edited by Harry Smith.
Named by the Smithsonian Institute as
“… one of the most influential releases in the history of recorded sound.”
“The Old, Weird America” description is not derogatory.
It’s an apt description of the pre-World War America, the isolationist agrarian country with pockets of highly individual communities. The description is of our country prior to the homogenizing influences of mass communications: pre-telephone, pre-TV (especially non-local cable TV), pre-mass market radio. Pause and consider how information was passed along in those days. Musical influences were limited to friends, family, neighbors, and possible a Pastor who traveled in from a days ride away. 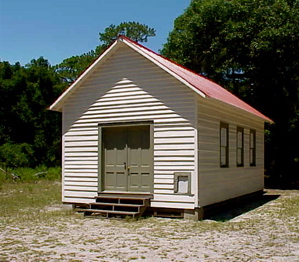 “Old, Weird America” was an actual time in our national history that folded once our doughboys saw Paris, as referenced in the lyric:
“How ‘Ya Gonna Keep ‘Em Down On the Farm
After They’ve Seen Pa-ree” (by Arthur Fields, c.1919)
After The War to End All Wars, the isolated old weird America was over.
In the pre-World War America …
Imagine:
1. a land of immigrants;
2. with pockets of geographical isolation where cross-pollination of ideas and exchange of information went neither fast nor far;
3. mix and mingle these factors for a few generations;
and the resulting unique musical styles show personal inspirations, are self-produced, and representative of the life of the performer – typically a self-taught agrarian singer-songwriter, often using a homemade instrument.
… … … … … … … … … … …
Audio regarding Sacred Harp Singing, with Gene Pinion.
Recorded Savannah, GA Feb 28, 2007
Push Play

… … … … … … … … … … …
an audio button should appear above.
If not, blame your browser or RSS feed.
Second effort available at:
bigbonton on evoca
… … … … … … … … … … …
This specific version of old weird American music is known as “Sacred Harp Singing”, “Shaped Note Singing”, or “fa so la”.
Attend a Singing and you’ll hear influences that cross centuries, continents, and cultures.
Participate in a “Singing” (they’re called “Singings” and not “performances” because it’s very participatory) and you’ll understand how Singings have lasted. The group Singings satisfy basic human needs: physical, emotional, social, and our need to worship our creator.
• Physical – like a chant or mantra, this Singing style calls for breath control similar to the inhale and release of a repetitive chant, resulting in a relaxation, and forcing a focus beyond the day-to-day, much like meditation or sports.
• Emotional – group Singing creates a freeing perspective, largely resulting from involvement in something larger than yourself. Singings are never actual church meetings or worship services, they are simply about making a Singing happen through group participation, and so creating an instant mini-community of interest.
Which leads to,
• Social – It’s all about the music. Since a group Singing cannot happen alone, the group is dependant on the participation of each singer. Combine this “one for all” effort, this shared focus, the resulting group rewards of the production, and the results include a sense of fellowship and the joy of “giving to” and “getting from” our neighbors.
The musical aspect of Sacred Harp is the focus of this writing.
Worship is another basic human need that Singings satisfy, but worship is such a topic unto itself that this writing is sticking strictly to announcing the invitation to the Savannah Singings, and announcing the opportunity to experience Singing at the Savannah Music Festival. Still, feel a perfect touch from the topic of worship:
Psalm 100
Make a joyful noise unto the Lord,
All ye lands.
Serve the Lord with gladness,
Come before His presence with singing.
Know ye that the Lord, He is God:
It is He that hath made us,
And not we ourselves.
We are His people and the sheep of His pasture.
(Full text of Psalm 100 in Comments below)
. . .
. . .
One personal reason why am I interested:
Liberty Hill Primitive Baptist Church
. . .
. . .
A Sacred Harp Singing in Savannah
The Saturday before the second Sunday each month.
2:00 – 4:00
Faith Primitive Baptist Church
3212 Bee Road Savannah, GA
(near Victory Drive)
Gene Pinion email Gene for info
912-655-0994
Singings are very inclusive, if you show up you are welcome to join in. This is not a worship service, no sermons, no offering requested. It’s informal and is all about enjoying the music with one another.
Live Sacred Harp Singing is a powerful musical experience that is available to us in Savannah.
. . .
. . .
Sacred Harp Singing at the Savannah Music festival
On Sunday March 18 at 3pm
there will be a screening of “Awake, My Soul”
at the Jepson Center (Neises Auditorium).
The filmmakers, Matt & Erica Hinton ,
will be there to talk about their film and to answer questions.
Then at 5:00pm we will meet next door at Trinity United Methodist Church for a participatory Singing for the Savannah Music festival.
. . .
. . .
for more info and sources, click on
Continue reading “Sacred Harp Singing in Savannah” »

. . .
. . .
Source material and further info.
. . .
. . .
More info available at:
fa so la .org
Sacred Harp on wikipedia
“Shape Note” on wikipedia
# # #
Below lists the music used in this audio sample (in order of appearance):
. . .
. . .
Intro by Gene Pinion at the Savannah Singings (Nov 2006)
. . .
. . .
Speaker: Gene Pinion.
. . .
. . .
(Interspersed) Fa so la warm-up, Savannah Sacred Harp Singing
# # #
The Promised Land, led by Mr. Wilburn
“Written by Samuel Stennet, an eighteenth-century hymnist”.
From the annual United Sacred Harp Musical Association Singing Convention, Fyffe, Alabama (September 12, 1959)
Recorded by (the great) Alan Lomax, the source of, and inspiration for, priceless field recordings that document our American life through audio snapshots.
Available through Rounder Records on
Southern Journey
And Glory Shone Around
More All Day Singing from The Sacred Harp Volume 10
(from the Alan Lomax Collection)
# # #
Exhilaration by J. T. Allison’s Sacred Harp Singers
Richmond, Indiana, 1 May 1928
An anonymous camp-meeting hymn published in the first edition of the “Sacred Harp” in 1844, attributed to Thomas W. Carter, a Georgia Singing Master.
. . .
. . .
Available through Dust to Digital, Atlanta, GA on the GOODBYE, BABYLON BOX SET
“This fantastic box of holy ruckus is the greatest anthology of antique Southern sacred song and oratory ever assembled.”
— David Fricke, Rolling Stone Magazine
. . .
. . .
About Dust to Digital
# # #

Pulling the Heart Strings on a Robot