… and then the Interstate came through, and then people started eating salads instead of BBQ and then they quit going to the beach, “what with the price of gas these days” . . . 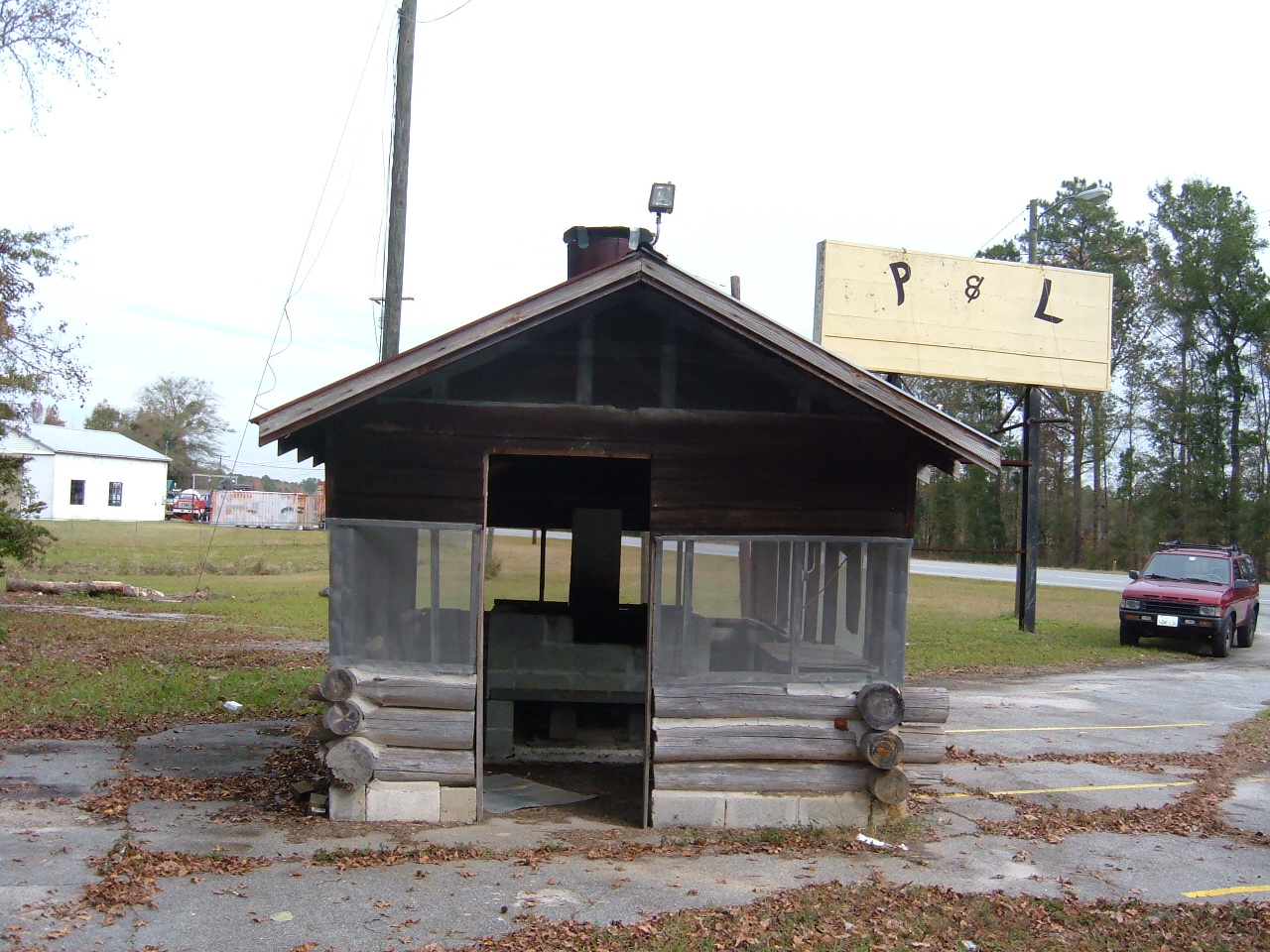 Earlier we’ve stated some (made-up) rule about how a tin roof and smoking pit guarantees good BBQ eating.
This is an exception to that rule, even the tin roof couldn’t save this BBQ joint. Maybe the food wasn’t good or the cooks were surly & glum?

Today the parking lot has a tree growing up through the pavement. Couldn’t photograph from my part of the parking lot because some rapscallion ne’er-do-wells were conducting some sort of business on that very spot by the tree – whoops! – we didn’t see anything, don’t know nothing ’bout nothing. Sure wasn’t going to point a camera at ’em.
All I know is I don’t know.
We documented the failed BBQ stand and departed before they could come over.
As we shifted into 2nd gear we heard the crime boss yell
“You best Ge-et out this lot!”.
Right. Some threat, lame bravado crowing from the rural poor.
But here’s another made-up rule:
“Don’t get in a fight with someone that has nothing to loose”.
3rd gear, 4th gear, and we’re laughing and I’m checking the rear view mirror – as if!