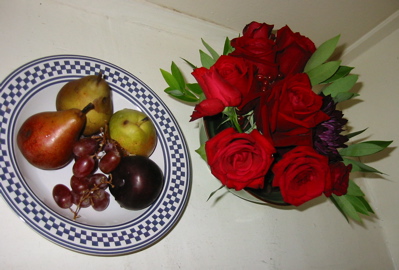 Don’t ask how we came by the photo, it’s Top Secret.
As a result of the experiment, Scientists learned to place the flowers alongside a blue-plate special fruit bowl in an semi-inspired arrangement. We stand shocked and awed at their tenacity to express on 2/14, even under the most adverse conditions.
Estimated cost of Valentines Card: $350 million dollars.