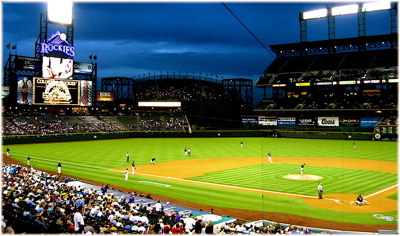 Of course the Rockies lost, not even close.
Saw the Arizona Diamondbacks second basemen Craig Counsell bat with that peculiar stance he has.
Better hurry if you want to see the Rockies play, it’s late September, they won’t play much longer this year.
For you un-sporting readers: this is a post season play-offs joke.
– I once went to Wrigley Field. The Cubs were not playing, it was October . . . (same joke).
Does anyone know why the AZ pitcher was thrown out of the game? Happened in the 9th inning & by then we were having too much fun in the stands to pay much attention.

Who wouldn’t want to live here?

from the outhouse series