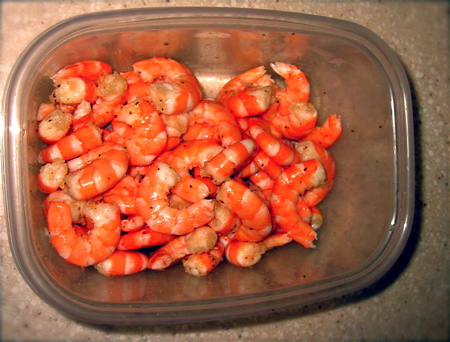 Bubba: ” Anyway, like I was sayin’, shrimp is the fruit of the sea. You can barbecue it, boil it, broil it, bake it, saute it. Dey’s uh, shrimp-kabobs, shrimp creole, shrimp gumbo. Pan fried, deep fried, stir-fried. There’s pineapple shrimp, lemon shrimp, coconut shrimp, pepper shrimp, shrimp soup, shrimp stew, shrimp salad, shrimp and potatoes, shrimp burger, shrimp sandwich.
That – that’s about it. ”
– you know the quote source, don’cha?
It’s a film with many notable quotes that most of you would remember, even if you are not a smart man. After all, stupid is as stupid does, so take heart!