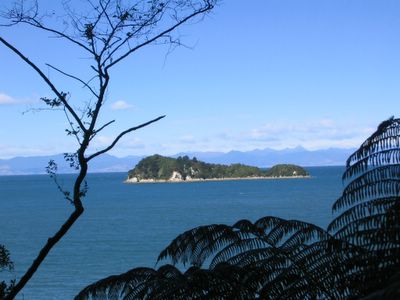 Some guys have all the luck,
others watch blinking green, amber & red lights, living through a 56Kbps hookup.

While I was trying to suppress the realization that I’d
never be elected President of the USA,
the above JPEG came in from a buddy. He’s one of those guys that has it made, beautiful wife, beautiful house, steady sense of purpose, plus he’s in one of the coolest places on Earth.
Abel Tazman Park, New Zealand.

Taz. Anyone ever called you Taz, as in you are the Tazmanian Devil from Looney Tunes? Don’t you get called that in the Spring?

Taz. President Taz just doesn’t sound Presidential.
I’ll never be elected President of the USA
& I’m OK with that. Maybe I’m learning to accept my fate. Maybe it’s this proper afternoon cuppa I’m having, but somehow I feel fine. Telling myself it’s all just a part of growing up.

Sometimes it seems that if I lived in New Zealand or Australia I wouldn’t have any problems. Since I couldn’t be their Prime Minister, just being there would be success enough. No need to campaign, no debates, just shake hands and smile as needed. Everything would be upside down in that crazy land of Oz.

Some guys don’t know how good they have it. Some guys learn. Some guys stay oblivious for life. Some say “supersize me” to dull the hunger.

Today is the last Wednesday in April & what have we done lately other than lived through another full moon. Sun comes up. Sun goes down. Kick in caffeine! 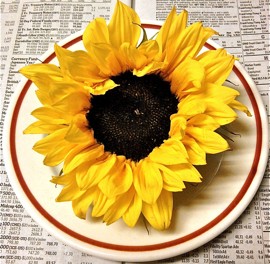 when you see yellow leaves,

Faces in the Water