The original bigbonton barbecue tours of the South started on a lark, became a bit of a vice, morphed into a hobby, then here it is 2009 and this photo blog has a life of its own.

So while in the Lowcountry of South Carolina and Georgia why not dine on what the National Barbecue News calls the “Best of the Best” at Savannah’s Wiley’s Championship BBQ restaurant and catering.

Their subtle nuances include their BTS “Better Than Sex” sauce, which a layman may describe as “tangy” but the creators call “tingly”. And oh how it does tingle on the palette. 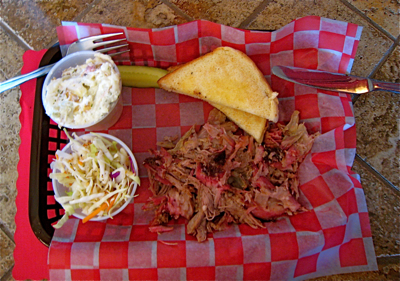 We dined with two vegetarians, yes, I brought two vegetarians to a BBQ joint, (people will follow me anywhere) and they both loved it all. Well, I mean they loved the potato salad, cole slaw, (my benchmarks for comparison) and bread pudding. The texture of the bread pudding was the opposite of tingly, whatever that word is.